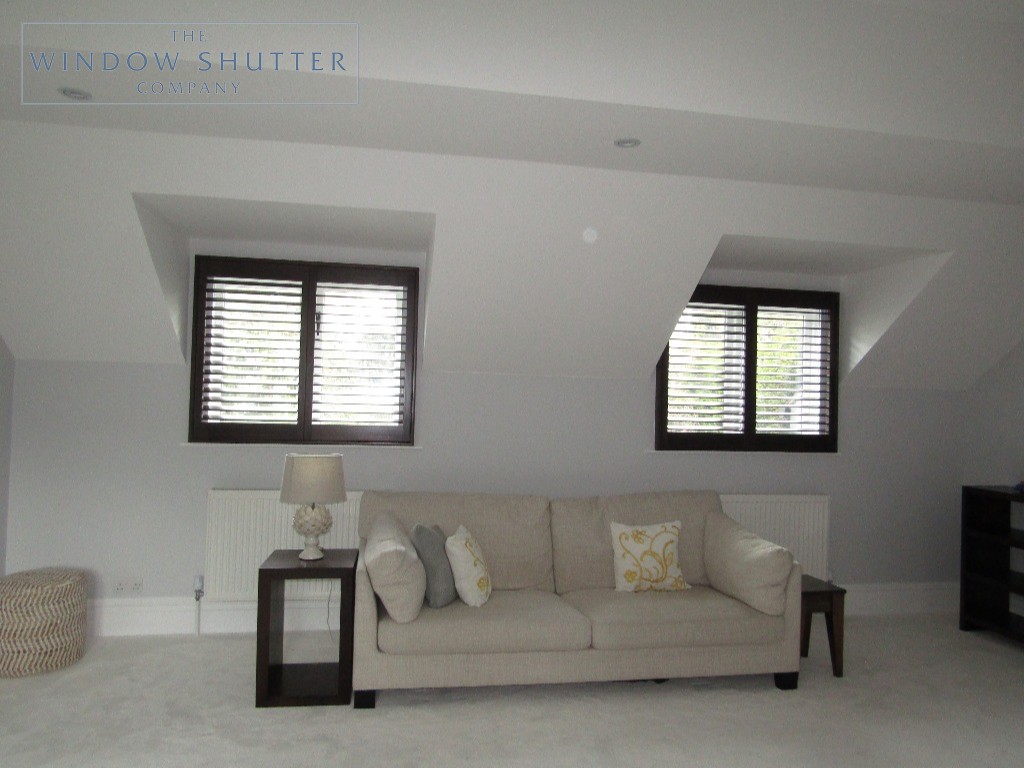 Sometimes with shutters, the property picks the product! Whether it’s a technical requirement or a style need, the discussions at survey can be influenced or even driven by the material we need to use.

We were contacted in early 2018, our client was looking for a solution to the windows in their house that would, combined with the existing secondary glazing, help reduce the noise of a busy A road. Equally important were the aesthetics of the shutters, matching existing furniture and décor.

The secondary glazing that was already installed, took up almost all the window reveal and most importantly, needed to be removed for cleaning. Not a straight forward brief, but it could be achieved with shutters.

Phase one included installation of full height shutters in six first floor windows, one of which was a large balcony door with windows either side, as below. 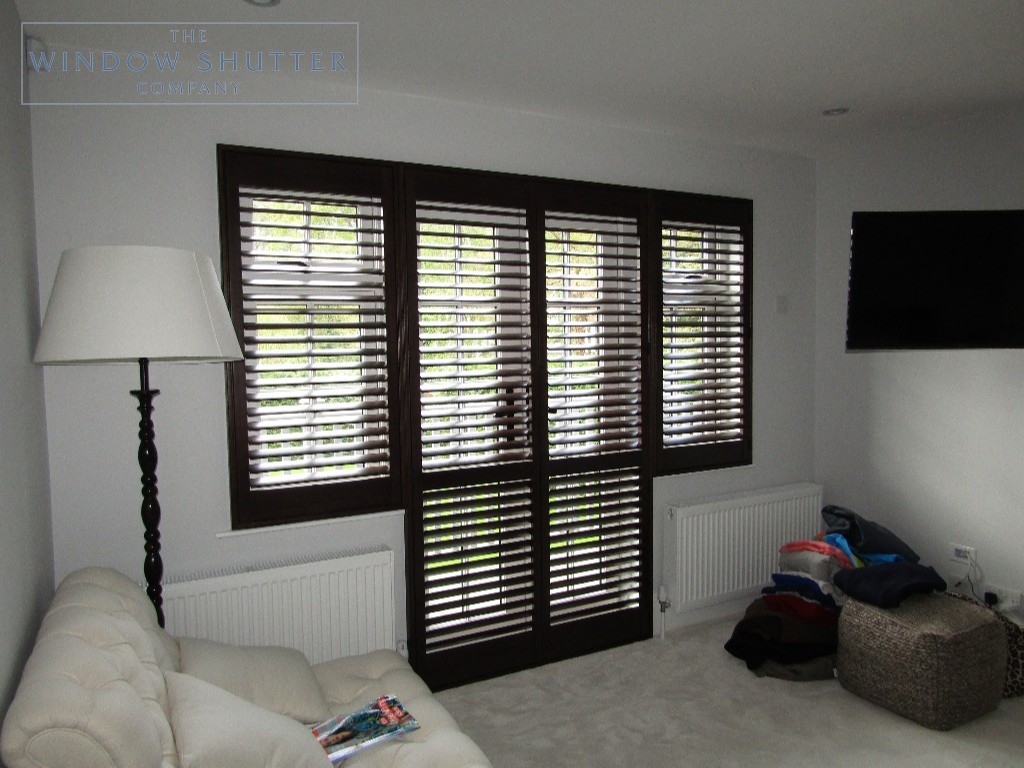 These were dressed in hardwood (Montana) shutters, 63mm louvre with hidden tilt control, in Wenge, with black hardware. 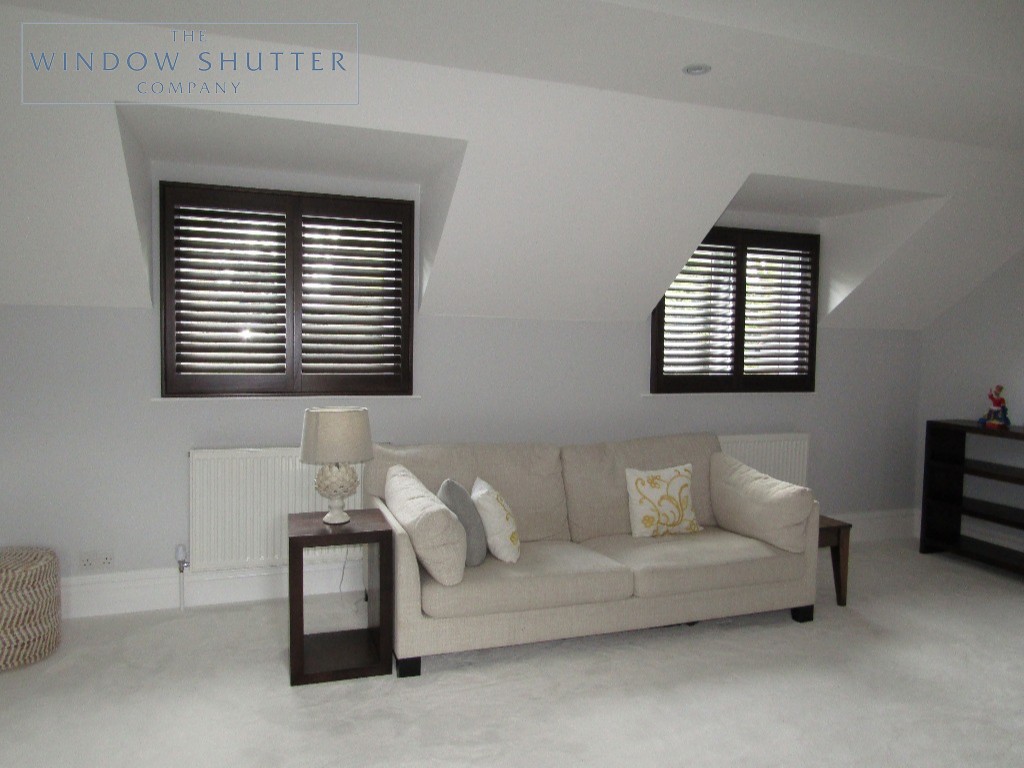 To negate the secondary glazing, the shutters were mounted outside the reveals using a standard face fix L frame into the wall.

An en-suite bathroom in this phase was dressed in Pure White waterproof Hollywood shutters with stainless steel hinges. Two of the windows were shaped to mirror the window.

Finally, the ground floor bay windows were dressed with our premium hardwood (Boston Premium) shutters, also in Pure White. These bays were mounted as normal, as there was no secondary glazing on this floor.

One of our biggest joys is when an existing client calls us again. A year later we returned to the property to survey the two first floor bay windows.

The brief was to match the existing bedroom shutters. These bays also had secondary glazing. This was unusual in that we usually rely on a window sill for a bay shutter to sit on, for this client we mounted the shutters outside the reveal, again using the face fix L frame.

The overall effect is perfectly in keeping with the décor of the property and the dark wood colour shutters create a warm, cosy feel in the bedrooms. Being a dark colour the shutters do make the rooms darker than normal but as these are bedrooms, they are also exceptionally good for light closure whilst sleeping. 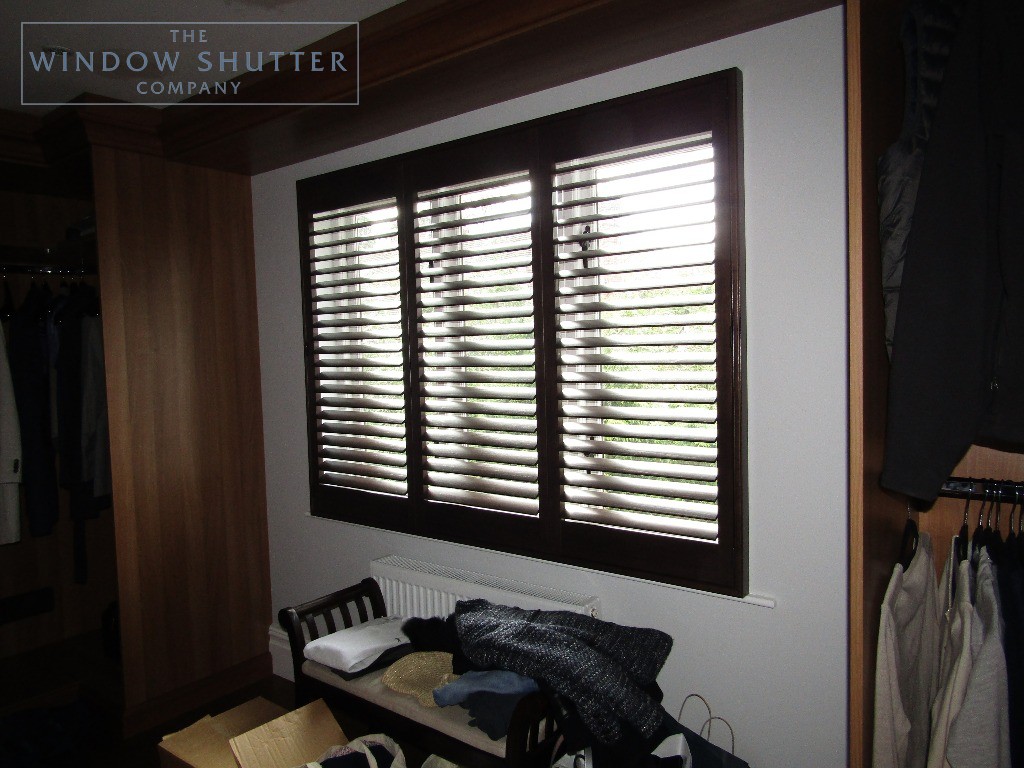 The balcony window shutter set in particular are a real feature of the master bedroom, and match perfectly with the dark hardwood furniture. 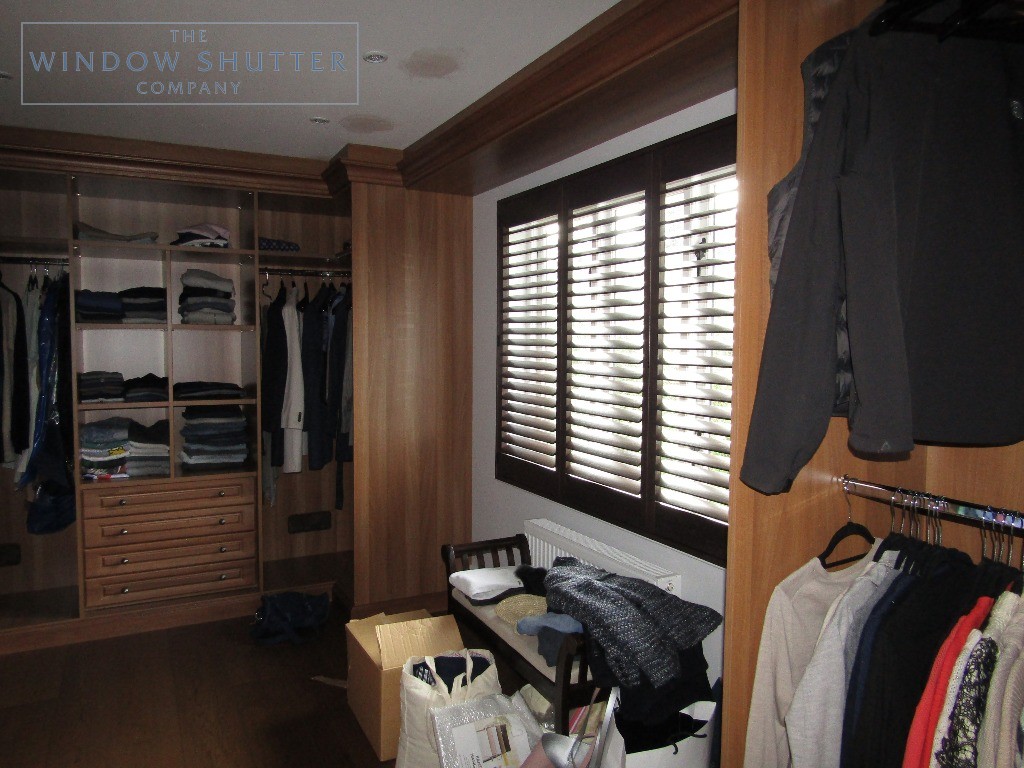 The white shutters of the bathroom and ground floor bays brighten these rooms and provide the privacy and light control required. 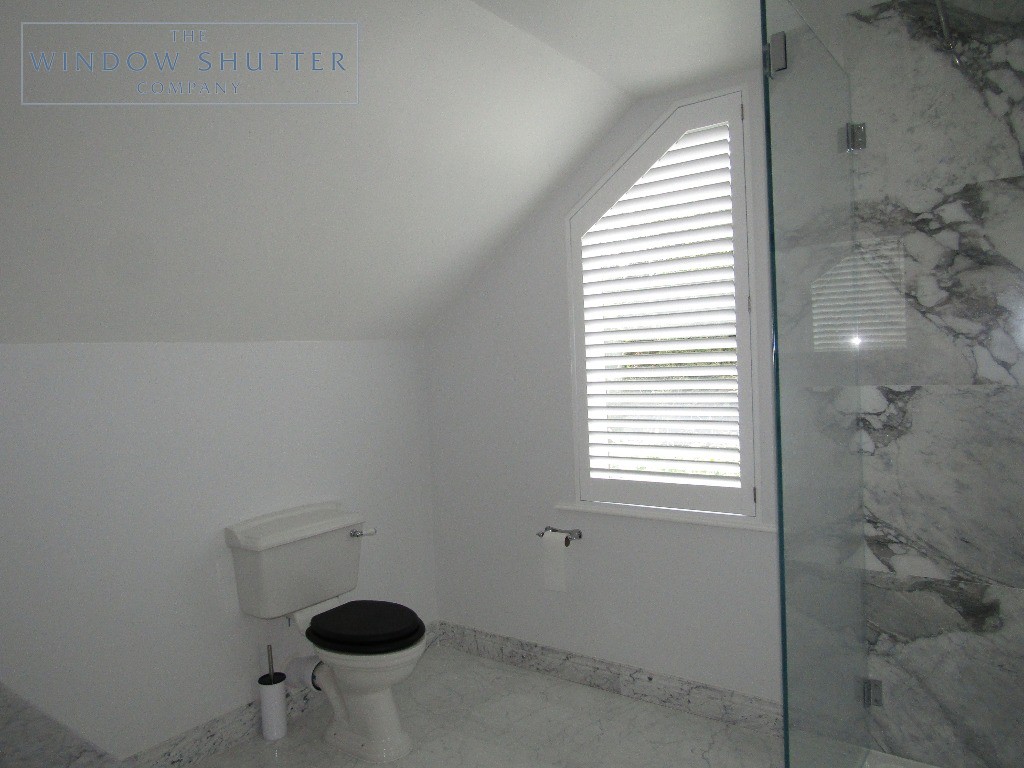 A final plus point is the additional noise reduction that the shutters provide, dampening any noise the secondary glazing could not keep out. The alternative mounting works well making the shutters a feature in the rooms, yet remaining sleek and unobtrusive.

We, and the client, are thrilled with the results.