You are here: Home / Our Portfolio / Café Style shutters for box bay windows in porch in Uckfield, East Sussex

Fantastic workmanship and quality, competitive pricing, professional staff, great quality, amazing communication. Would this recommend this company to anyone and will. Mr C, Uckfield 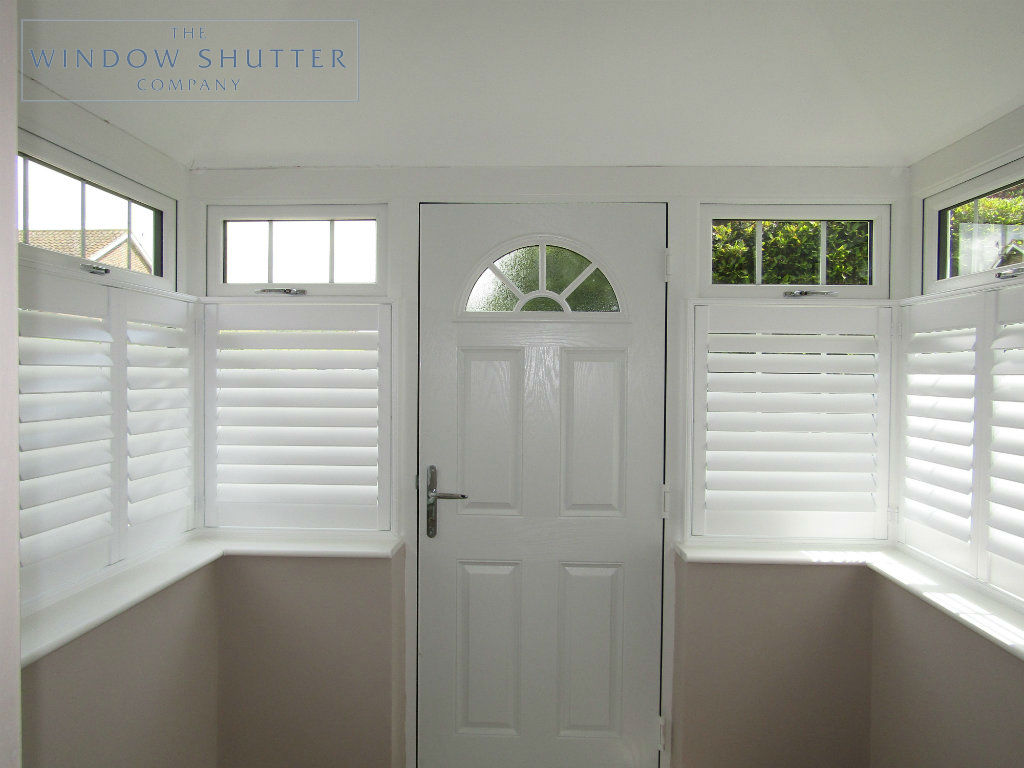 This client in Uckfield, East Sussex, had previously had his entire property shuttered by a company who today are no longer trading. With the addition of his new porch in 2017, he wanted to match the shutters he already had and add some privacy to his new extension.

We agreed that the 76mm louver was more appropriate for this phase of shutters – his existing ones were 89mm. This was decided as he only wanted to dress the lower portion of the window in a Café Style style so a larger louvre would look quite industrial and out of proportion. Additionally, as the porch was essentially two half square bay windows with a door in the middle, a larger louvre would have required too big a frame and looked too chunky in the space.

The installation would have been a simple and relatively smooth affair except for the addition of plasterboard and plaster, added to the internal walls after survey and the shutter order being placed! In most circumstances, this would render your shutters useless as they would not fit. However, because the plastering had only been done to the internal wall, we were able to remove a small section (25mm deep) and slot the shutters in place. 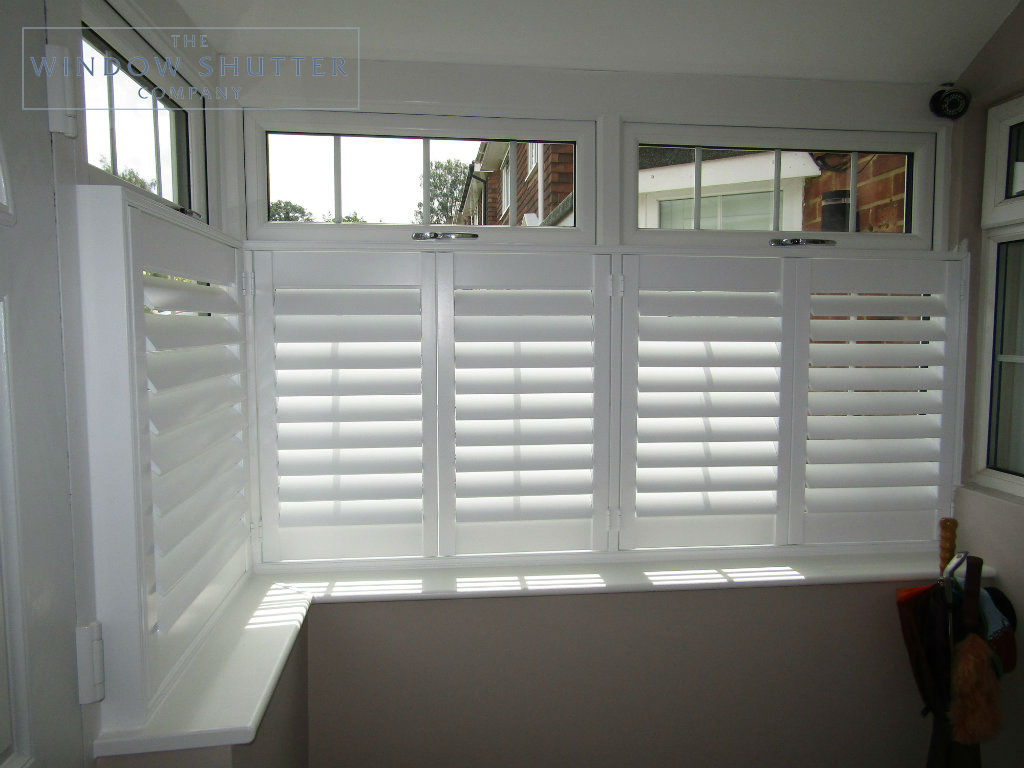 In some cases, we do encounter problems thrown up by the properties in which we install shutters. We endeavour to avoid these by careful surveying and clear reminders to our clients. However, this case shows why it is always best to use professional shutter fitters – we know how to get round most problems and create the perfect result.

Our client was thrilled with the final result and has promised to recommend us wherever possible. Please note though that in 99% of cases any change to the size of the window opening caused by works after we have surveyed will result in the need to reorder the shutters!